What are the common functions of industrial control relays

Industrial control relays are common relays in the industry. Generally speaking, a relay is an automatic control electrical appliance that acts according to a specific input signal. There are many types of relays, such as time relays, intermediate relays, and thermal relays.
KM usually refers to the symbol of the contactor, but in terms of working principle, there is no difference between the intermediate relay and the contactor. In use, the intermediate relay usually has a smaller capacity and is used to drive small current loads, while the contractor has a larger capacity. Used to drive high current loads.
KM intermediate relays are usually used to transmit signals and control multiple circuits at the same time, and can also be used to directly control small-capacity motors or other electrical actuators. The structure and working principle of the intermediate relay are basically the same as that of the AC contactor. The main difference with the AC contactor is that the number of contacts is more, the contact capacity is small, and only a small current is allowed to pass. When choosing an intermediate relay, the main consideration is the voltage level and the number of contacts.
FR is a current limiting protection device with delayed action, generally refers to as thermal relay, thermal relay is a protective appliance used for overload protection of motors or other electrical equipment and electrical lines.
The metal expansion coefficient of the lower layer of the FR thermal relay is large, and the expansion coefficient of the upper layer is small. When the current in the main circuit exceeds the allowable value and the bimetal is heated, the free end of the bimetal will bend upwards beyond the gusset, and the gusset will disconnect the normally closed contact under the tension of the spring. The contact is connected to the control circuit of the motor. When the control circuit is disconnected, the coil of the contactor is de-energized, thereby disconnecting the main circuit of the motor.
KT time relay power-on delay Air-type time relay uses the damping effect of air to achieve the purpose of delaying action. After the suction coil is energized, the armature is sucked down, so that there is a distance between the armature and the piston rod. The piston rod moves downwards under the action of the released spring. A layer of rubber film is fixed on the surface of the umbrella piston. When the piston moves downward, thin air space will be created on the film, and the piston cannot move down quickly due to the pressure of the air below. When the air enters from the intake hole, the piston moves down gradually. When moved to the final position, the lever actuates the microswitch. The delay time is the period of time from the moment when the electromagnet attracting coil is energized to when the microswitch operates. The delay time can be adjusted by adjusting the size of the air inlet hole by adjusting the screw.
After the suction coil is powered off, it is restored by the action of the return spring. The air is quickly exhausted through the air outlet. This time relay has two delay contacts: one is a normally closed contact with a delayed opening, the other is a normally open contact with a delayed closing, and there are two momentary contacts. 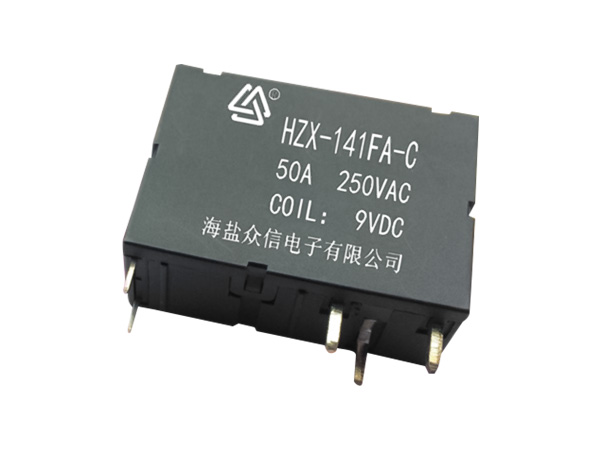