What are electromagnetic relays

An electromagnetic relay is a device that can switch two different electrical currents with the help of magnetic fields. These devices usually consist of a multiturn coil wound on an iron core and are used to switch various electrical and electronic devices. The energised coil attracts an armature, which pivots in order to operate the contacts. The contacts can be connected to either a high or low-power source.
An electromechanical relay is often used for switching inductive loads, such as fluorescent lights. This type of load has a very high inrush current, often more than ten times the steady-state current. Because of this, the contact rating of the relay needs to be high enough to accommodate the inrush current. For example, if the load is a fluorescent light, the contact rating of an electromechanical relay should be around 20 A.
An electromagnetic relay must be used in a location that is relatively safe. An enclosed relay is generally preferred in hazardous environments. An open relay can lead to sparks or dust gathering on the electrical contacts. In addition, an open relay can result in the failure of the device. A safety relay must be placed within an enclosure to prevent any risk of sparking or arcing.
The design of an electromagnetic relay differs from other electrical relays. The primary part of an electromagnet is made of aluminum, while the other half is made of copper. The two electromagnets are separated by a ring of copper called the shading ring. The two magnetic poles interact with each other, producing eddy currents and displaced currents. These two currents combine to create a torque that causes the disc to rotate.
The operating coil of an electromagnetic relay requires a voltage higher than the coil's resistance. If the operating voltage is too high, the armature will deflect and contact the trip circuit. It is important to consider the operating voltage when buying an electromagnetic relay, as this will prevent the device from being damaged by a DC transient.
An electromagnetic relay is an electronic device with a control system. It is often used to control several different circuits with a single signal. These devices were first used as signal repeaters in long-distance telegraph lines. They can also serve as automatic switches. Their use was widespread in early computers and telephone exchanges. 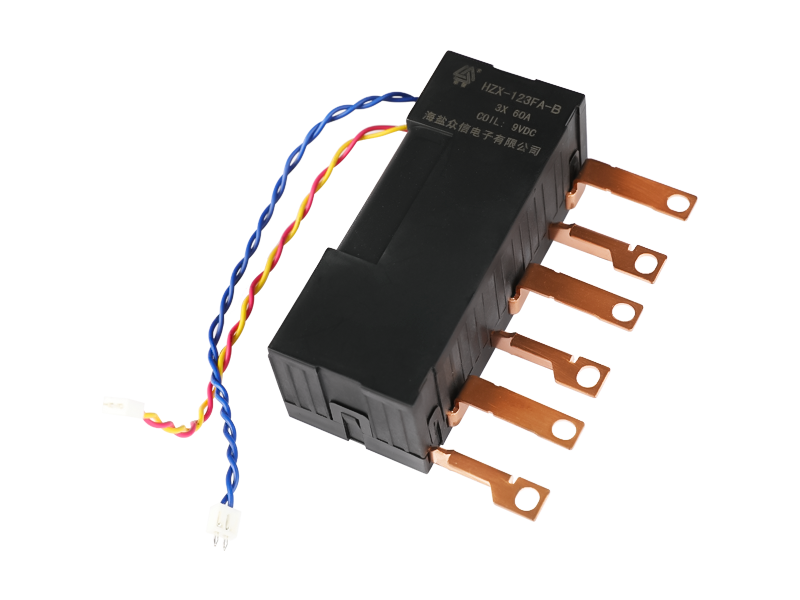